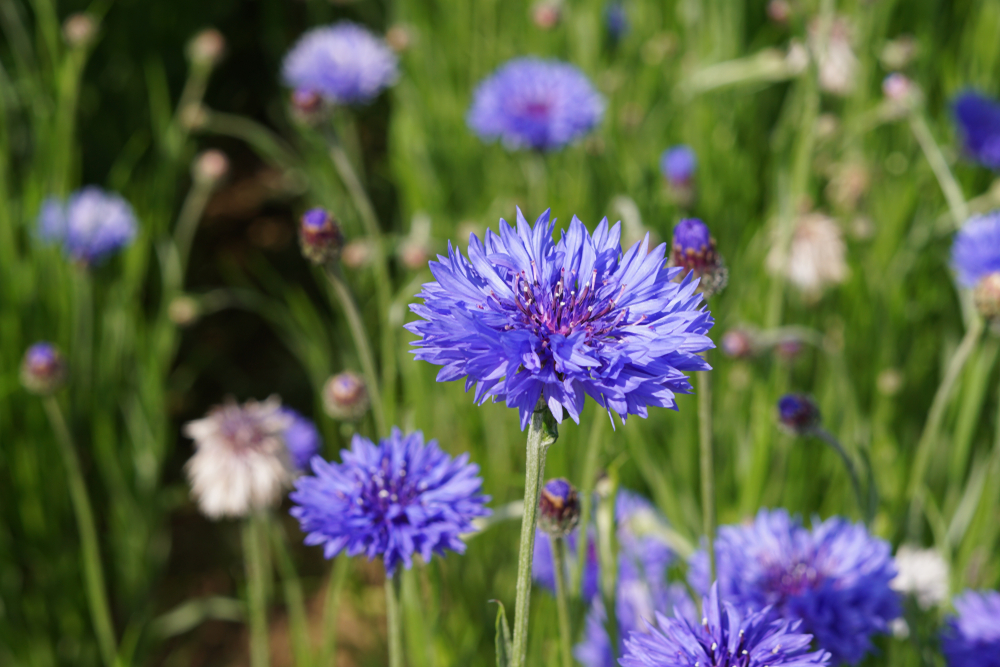 Related to the daisy, the cornflower is a small, slender, annual plant. 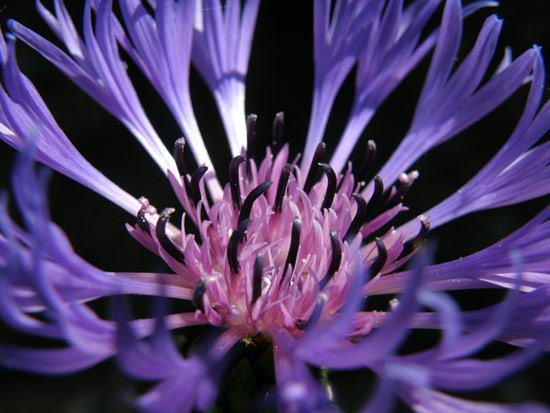 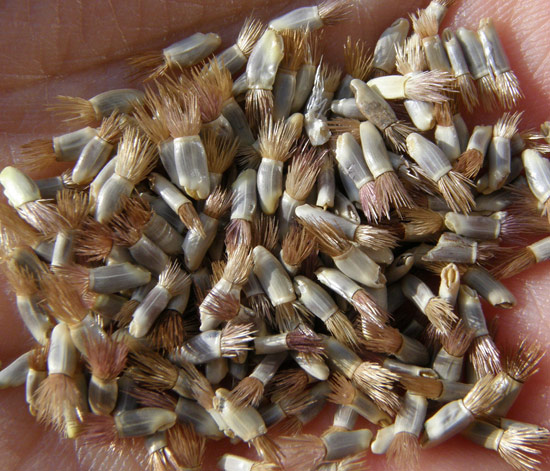 Related to the daisy, the cornflower is a small, slender, annual plant with distinctive blue flowers that are highly valued both by gardeners and florists. It has an upright, often branched, stem; lower leaves are long, narrow and split into irregular lobes, while upper leaves are smaller and more symmetrical. The leaves and stem are grayish-green, with fine gray hairs. The flowers grow at the ends of the stems, and are composed of rings of large "ray" florets surrounding a centralized cluster of "disk" florets. The ray florets are bright blue and the disk florets are a deep purplish color. The emblematic blue color of the cornflower is due to the pigment protocyanin.  The flowers have both a stigma and anther, and are pollinated by insects, usually butterflies, bees and flies. The seeds are up to 3 mm (0.11 in) long and similar in size and shape to small cereal grain; each has a short tuft of bristly hairs. In the wild, cornflowers grow on the edges of cornfields, often interspersed with other flowers, including poppies and chamomile.

Location: Prefers sandy loam and grows in fields, meadows, roadsides and along railroad tracks; it is also cultivated

Range: Native to Europe and widely cultivated in North America. A common garden plant, it also grows as a weed. It is classified as endangered in the UK, and protected under the Wildlife and Countryside Act in England and Wales.